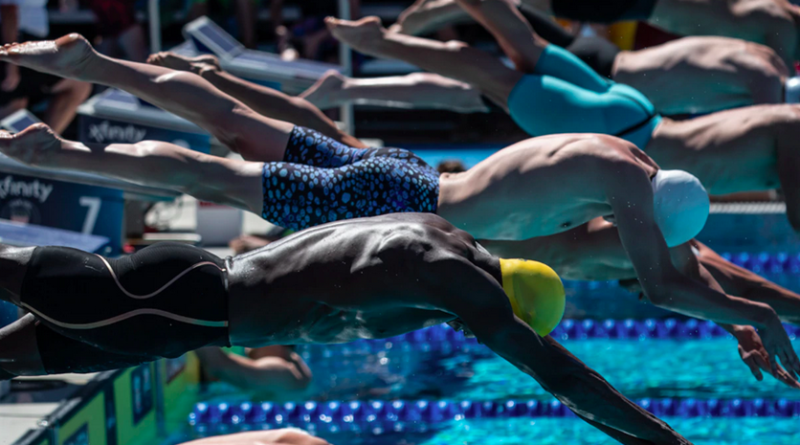 The physiology behind High-Intensity Training (HIT)

The scientific evidence in support of high-intensity training has increased the number and quality of studies, especially those involving high-level athletes. It’s already known that a large number of swimmers, all over the world, are applying the basic principles of this scientific methodology using a large number of different strategies (including ultra-short race-pace training (USRPT) and swimming high-intensity training (SWHiiT), with various other sub-methodologies), all of which are based on strong scientific evidence.

The methodology described in this article is SWHiiT, which is characterized by a high level of strong physiological adaptation in the VO2max aspects.

Looking back on the last two decades, the scientific evidence was impaired by a large number of studies based on sedentary people.

Since 2000, a large number of studies have been progressively based on physiological adaptations in already highly-trained athletes. The main differences between the groups relate to the high aerobic capacity already obtained by the high-level athletes, as well as their anaerobic thresholds and other physiological parameters.

As described in Part 1, one of the methods already applied in good-level athletes is to increase the total weekly volume in submaximal intensity training. Generally, this only involves an increase in volume; it doesn’t appear to be related to improved performance, nor to an increase in the maximal oxygen uptake, anaerobic threshold or oxidative muscle enzymes (Laursen, 2002).

This method, based on high intensity training, had physiological significance for swimmers, since the VO2 slow component (a slowly developing increase in VO₂ during constant-work-rate exercise performed above the lactate threshold, which represents a progressive loss of skeletal muscle contractile efficiency and is associated with the fatigue process ( Jones, 2011) was lower than those presented for running and cycling (Billat, 1994). This could be explained by the use of high exercise intensity, the high level of endurance training of these swimmers, and the specificity of this water sport (Fernandes, 2012).

These changes are frequently considered editable by coaches in the same period of time, due to “overcompensation”; however, this is not the case, since the pathway of central adaptation is more rapid that of the peripheral, due to capillary density and mitochondrial volume. In addition, the adaptation of lactate production and glucose utilization during an exercise at the same workload are basically determined according to different delay times.

An increase in VO2max, as the previously mentioned adaptations, can generally be expected from eight to 12 weeks after the protocol is begun. Attempts to achieve these results by applying an increase of volume instead of a different training stimulus have not yet been associated with improved results.

Workouts at the determined intensities

Based on the evidence, an optimal stimulus to elicit both maximal cardiovascular and peripheral adaptations would be one in which athletes spend at least several minutes per session in their “red zone”, which generally means reaching at least 90% of their VO2max.

Based on this principle, the major focus of the workout should not be the duration of the set, but the time spent at 90% of VO2max or above, which is known as T@VO2max.

The manipulation of the nine variables of high-intensity training can help the coach optimize the workout in order to achieve the maximum T@VO2max, with a steep decrease in the duration of sets and better overall quality.

Programming a SWHiiT workout based on high-intensity training means paying attention to any acute response during the session, in terms of the contribution of the three metabolic processes, as well as to the neuromuscular load and musculoskeletal strain.

Based on these factors, the SWHiiT training protocol can be applied to different profiles of swimmers:

Following the differences in the duration of the SWHiiT, we can identify up to four different focal areas:

The principles of adaptation and the focal areas of SWHiiT can help explain how we might use the method to design an effective workout plan. An important aspect of this is active recovery and the associated work/relief ratio, one of the key factors involved in the high quality of the Swhiit.

The manipulation of the work/relief ratio can be used to maintain the T@VO2max and to individualize the intensity for different levels of athletes.

Achieving the right ratio between these parameters can induce a high work capacity during subsequent intervals, with some important results:

The active recovery has more than one benefit when compared to the classic passive recovery, as generally adopted in swimming workouts.

An athlete who applies an active recovery between interval bouts reduces the time needed to reach VO2max and, in turn, induces a higher fractional contribution of aerobic metabolism to total energy turnover, delays the time to exhaustion and maximizes the T@VO2max.

The manipulation of intensity during the relief phase is also a key factor in SWHiiT; an estimation of the 50% vVO2max can be adopted in order to implement an appropriate starting point for the work/relief ratio.

In every exercise, the level of VO2max increases from the baseline to a higher level at a speed related to the intensity of the effort exerted.

Basically, an athlete can arrive at his/her max level of VO2 during an “all-out” effort between 20” and 35”. At the same time, the VO2max trend is related to the % of vVO2max adopted during the exercise.

This parameter, usually denominated as “time limit” (TLim-vVO2max), expresses the maintenance of that specific constant velocity to the point of exhaustion, defined by the inability to maintain that precise velocity. Therefore, in a TLim-vVO2max assessment, the measure of performance is that of time duration.

Of course, the time to exhaustion (TLim) is inversely related to the intensity of the effort, and the minimum speed at VO2max is necessary to set another variable of the SWHiiT protocol.

Based on the evidence, swimmers’ TLim doesn’t follow the same kinetics as cycling, running and kayaking, and can be maintained between 2’07” to 7’45” (mean 4’47”) with a great variability depending on the type of exercise (Billat, 1996). Further studies in this area have found that TLim-vVO2max is not related to VO2max (Billat, 1996; Faina, 1997). Bearing in mind that, due to the specificity of the physiological demands of swimming, only sport-specific testing provides meaningful results, the evaluation of TLim-vVO2max in normal swimming conditions was required.

A recent study (Renoux, 2001) observed TLim in a 25m pool, and the researchers found that swimmers could sustain that level of exercise intensity for 6.09 ± 1.39 min.

The practice behind high-intensity training

From the laboratory to the field (or to the pool, as in our case), we can adopt the same technical principles demonstrated by several studies, using the tools and expertise available to the coaches. With this approach, we can make a set of different variables (nine; interchangeable) previously described with different goals: (The times given below are just examples.)

Manipulation of the variables:

*= In this case, because it is not an “all-out” effort but a race pace with the intensity of the “target time” (i.e., not the best time), it is necessary to pay attention to the increment of the time. If the swimmer fails two consecutive times, the set should be stopped.

Manipulation of the variables:

*= Same as the middle distance example

Following the evidence derived from physiology and the expertise of coaches, we can apply a model for a single workout using the parameters described above. In this plan, as an example, we suggest starting with a progressive warm up and a set of speed drills, and then adding a SWHiiT session in order to achieve 15’ of quality training in the “red zone” (≥ 90% VO2max). The background of the athlete, the expertise of the coach and the general environment might also suggest possible changes to this plan.

SWHiiT is a modality that attempts to optimize the workout following scientific evidence; if we adopt this method, we have to consider a macrocycle of 10/12 weeks in order to achieve the necessary changes in swimming performance. The weekly plan has to be constructed following these rules:

Swimming methodologies are commonly adopted primarily on the basis of the coach’s expertise; this is a key factor with elite athletes, where “trainability” is near its limits. However, research can also be useful when a coach needs to improve his/her outlook, consider new methods, achieve new results or stop a temporary decline in his/her athlete. Of course, in junior swimmers, the methodology has to be focused more on research and less on expertise; this is because we have to apply the “right” volume for each individual swimmer, and their physiology can indicate the baseline for the chosen method.

In this case, following the high-intensity training evidence, we are able to adopt a new method; with the right manipulation of the variables, this method can be applied to the entire team.

This evidence-based methodology suggests that, while two different workouts can be “similar”, “every single little change today can generate a huge difference tomorrow”.