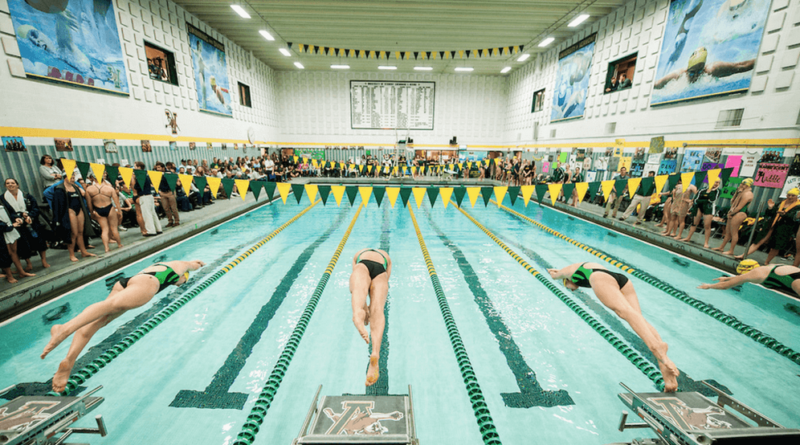 There is no such thing as a perfect swimmer. As swimmers, we sometimes (although rarely) make mistakes. We may DQ, forget our heat and lane, or even accidentally-on-purpose rip our cap at the exact moment a hard set is about to begin.

Mistakes are inevitable and they happen to the best of us. However, there are seven so-called “mistakes” that should never be made, no matter the circumstances. These mistakes can only be referred to as the Seven Sins of Swimming. 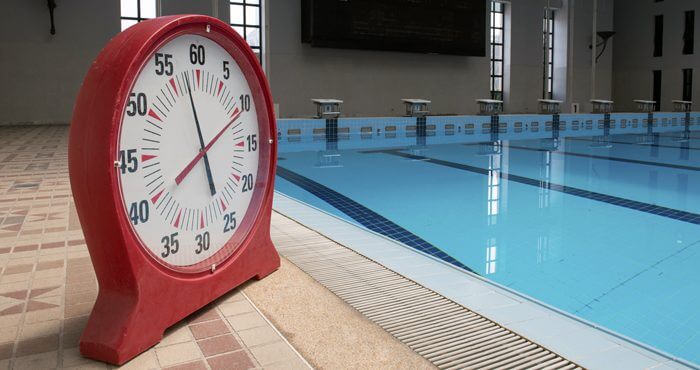 Five seconds apart. Not three. Not four. Definitely not two. Five. One, two, three, four, five. If you have yet to figure out how to read the pace clock, you can count out loud if need be.

The sin of leaving early exponentially increases the risk of committing sin No. 2, which is a sin so evil it should only be punishable by repeated 200 butterflies. 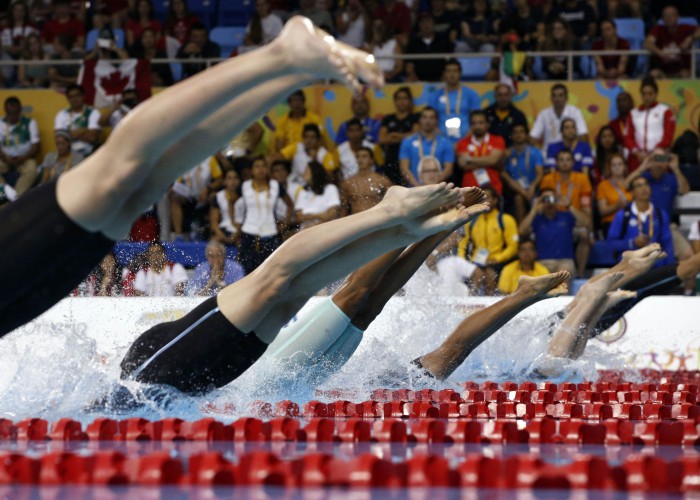 You know how annoying it is when you’re outside on a warm summer night and there are pesky mosquitos all around you that never seem to leave, no matter how many times you swat them away?

That is exactly what it’s like when someone behind you doesn’t. stop. touching. your. feet.

If you happen to be one of those swimmers who feels the need to give a teammate an unwanted foot massage in the middle of practice, you have one of four options:

Personally, I am a huge supporter of the fourth option.

3. Not letting someone pass you when they obnoxiously touch your feet. 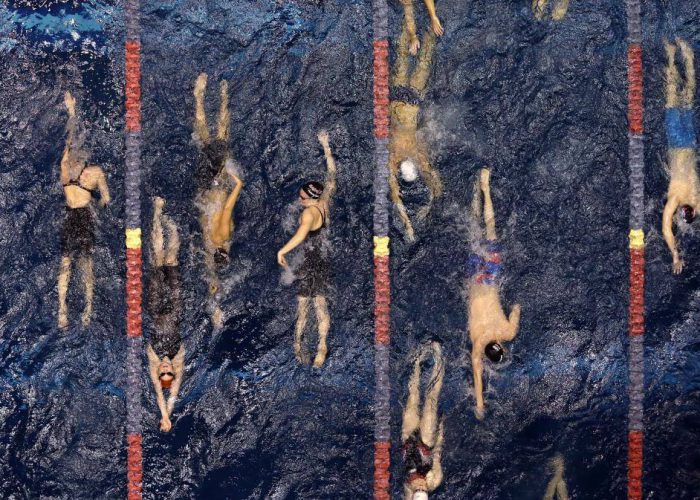 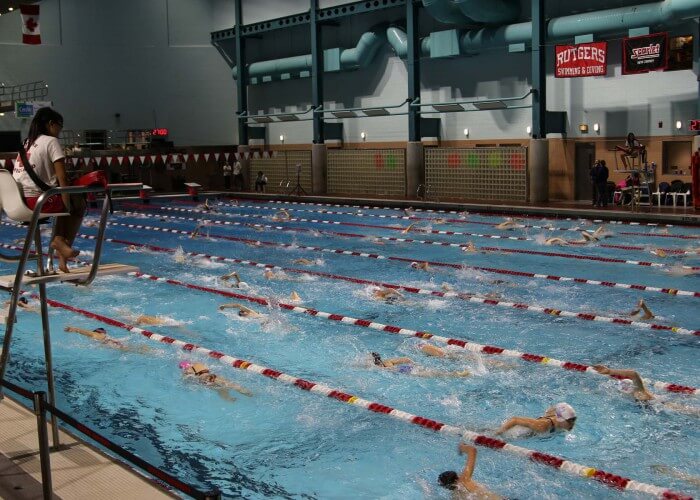 I will admit, I used to be one of those people. You know, the person who pretends that warmup is an Olympic final.

That is, until I had a life-changing realization.

I realized that warmup is in fact not an Olympic final. It’s not even a summer league race. It’s warmup, and you’re supposed to warm up, not aim for a new American record. The faster you warm up, the sooner you get to the main set, and nobody should be dying to get to that. (Spoiler alert: the main set will inevitably come, however, no matter how slow you swim during warmup).

5. Forgetting to cut your nails. 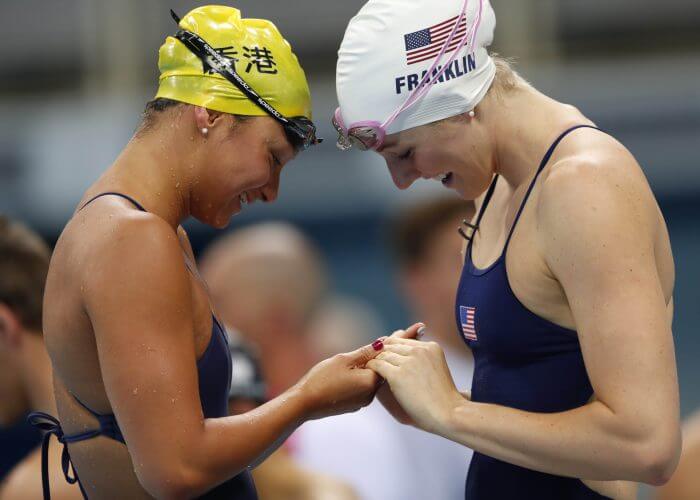 If you catch up to someone, the person in front of them will be even more annoyed if you scratch them in the process (Please refer to No. 2: Obnoxiously touching someone’s feet). Despite being a non-contact sport, sometimes things happen and swimmers run into each other, accidentally lock hands, or scratch one another when swimming backstroke. Just please cut your nails in order to make this experience less painful for all parties involved.

Last I checked, Edward Scissorhands was not a swimmer, and for good reason.

6. Infecting the pool with your illness. 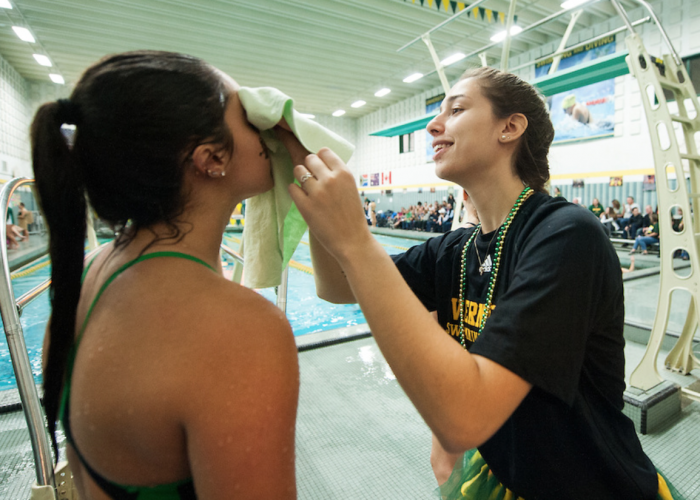 I understand that everyone will probably get sick at least once during the season. Due to shared spaces and close proximity with one another, the chances of your teammates contracting your disease is high enough already and you do not need to speed up the process.

Pro tip: Do it discreetly when your teammates aren’t looking.

7. Being the reason your coach is in a bad mood. 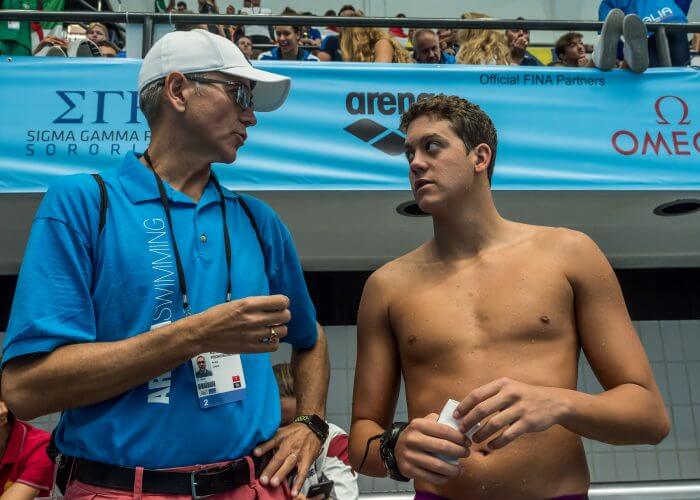 It’s like being the classmate who reminds the teacher of the homework that was due, even though they forgot to collect it. No one likes that person and no one should want to be that person.

Same thing with your coach. Do not be the cause of their bad mood because that will end poorly for everyone. You know your coach and you know what can make them upset.

Don’t ask if practice is over yet, don’t get out to pee in the middle of the main set, don’t have a bad attitude, and definitely don’t come up with lame excuses. Has that ever ended well for anyone? Nope.

Please, no matter what you do, do not be a swimming sinner.