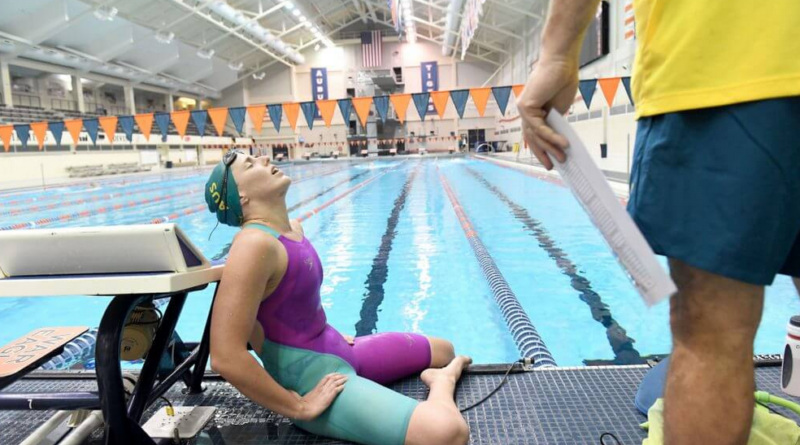 Athletes are an example of a warrior mindset in our current society. They embody competition, and the desire to be better than everyone around them. To be among the best of the best, elite athletes must be driven by that mentality, often to extreme results.

This can both be a blessing and a curse. It forces people to go beyond their comfort zone and push through pain to achieve results. In the struggle for excellence, a person can’t expect the road to be easy. But by the same token, that same competitive spirit pushes people past just training. Many times, it has led to injuries that can have lasting consequences.

In particular, this mentality can be broken into three components for swimmers and the interactions they have with them. This includes teammates, coaches, and the athletes themselves.

Teammates are the peers who can be best friends and family. The ones who lift you up in a rough set and encourage you to drive forward. But teammates are still human and can reflect negative emotions upon athletes. I would like to believe that most athletes wouldn’t go out of their way to attack their teammates, even though this does happen.

A far more realistic scenario focuses on negative psychological consequences more than just pure disdain from person to person. Alienation due to injury harms a team’s bond and its morale. A person may not be able to kick a set because of their knee injury. Maybe someone’s back is tweaked and they only stretch on the side. At first, most people respect the pain and support while still putting in their own work.

Yet, as time goes on, one set turns into 10. Sets get harder for everyone else and that one person is still on the sidelines. Attitudes sour as teammates begin to question if that person is as injured as they say. Are they over exaggerating to skip the yardage? If they are injured as badly as they say, why are they even here at all?

The aggression stems from a natural competitive bond between teammates. When teammates go through that much pain together during a set, they bond over it. They strive to outdo the other, pushing both to be better. When a person is injured, they are not only excluded from the group bond growing, but also directly represent the opposite of that bond. And they know it, too.

Coaches can have the same perspectives as teammates and are responsible for an injured athlete’s road to recovery. They have to accurately construct workouts for injured athletes that don’t incorporate the team while balancing the notion on how injured and truthful the athlete is being.

If the athlete is abusing the notion of injuries, then the coach must take a stand to deter that approach from taking place in the future. If the athlete hides the pain from the coach, the coach might put the athlete in workouts that are too much and can lead to extended injury.

This is risky for the coach and is a fine line to ride. If a coach veers too far in either direction, their reputation and authority on the team can decline. They could even injure a person more. This all morphs into a lot of anxiety concerning injuries by coaches.

Finally, the athlete remains as their biggest obstacle. And it again comes from that competitive spirit. Swimmers know their own bodies better than anyone else. They realize when the workload is too much. But when that happens, their competitive drive takes over.

“I don’t want to be the odd person out.”

“Don’t let me look bad in front of my peers.”

“I don’t want to let my coach and teammates down.”

These fears force the athlete to grit their teeth and endure. To keep their head down so no one can see their tears. They refuse to tell anyone about how much they are actually going through.

In an attempt to overcome an injury through determination, athletes risk extending them. They might make them even worse. Some people might even get lifelong injuries from trying to accelerate the road to recovery.

For each group, athletes, teammates, and coaches, competitive drives largely affect injury outcomes. The need to be the best can hurt people if they aren’t careful and is considered a massive influence to injury and psychological consequences.

But at the end of the day, there is no common cure, no one solution. There is just the case in which mindfulness of the extremes must be appreciated, so relationships stay strong and boundaries are not crossed.