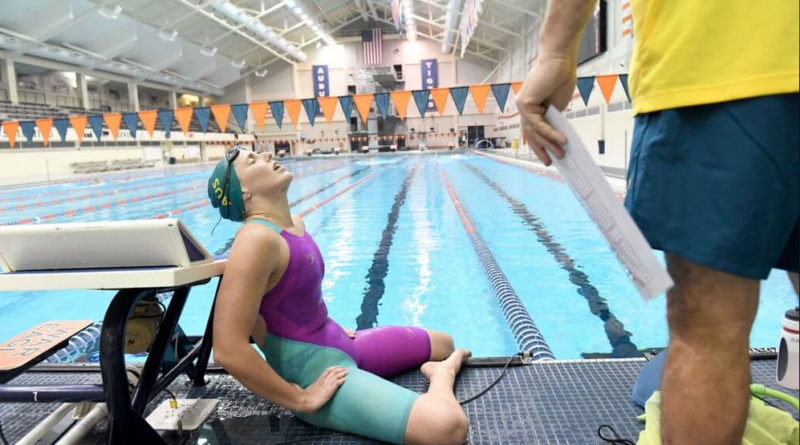 Growing up, most athletes hear the words “hard work pays off” often. However, sometimes when you work hard and you’re not reaching the goals you want, this statement can feel untrue. There’s no straightforward answer to whether or not hard work always pays off. There can be situations where it benefits you somehow, but not in the ways you want. Everyone probably feels a little bit differently about the effects of working hard. When working toward a goal in the pool, there are going to be many ups and downs. It’s easy to let the downs really get to you, and not give yourself credit for the victories. When asking the question of whether or not all your hard work is ever going to pay off, there’s a lot to take into consideration.

Those who fear they are working hard and not seeing the results they’re capable of are actually on the right track of thinking – in a way. These people are demonstrating the trait of growth mindsets. In the article “Mindsets: Developing Talent through a Growth Mindset,” psychologist Carol S. Dweck writes that growth mindsets appear in those that “think of talents and abilities as things they can develop —as potentials that come to fruition through effort, practice, and instruction.” By being concerned that hard work isn’t paying off, you are showing that you believe working hard can get you where you want. The alternative, a fixed mindset, would not be helpful in this case. Athletes who start thinking “maybe I’m not getting better because I’m not talented enough,” or, “I won’t improve anymore, because I’ve reached the fixed amount of speed I was given at birth,” start cascading into fixed mindsets. As Dweck explains, these athletes spend time trying to just appear talented and don’t ever quite reach the level they could otherwise.

I’m not suggesting that athletes should be too hard on themselves and berate themselves for not performing better. However, when you start asking yourself whether or not it’s even possible for you to get faster, the answer should always be “Yes, I can and will improve.” A fixed mindset, when that answer becomes “No, I’ve reached my peak times,” will not benefit a swimmer in any way. Reminding yourself to maintain a growth mindset and always believe that there is room to improve can be a big change and benefit to athletes.

In the midst of feeling like you aren’t seeing improvement, minds can naturally turn to comparison. Say you have a consistent training partner. You’re both breaststrokers and the same age. You do nearly every practice together from warmup to cool down. As you go through a season, however, you start to notice that your training partner is dropping a lot of time. All of sudden, they get the time cut that you were both aiming for, but you don’t. This is when it becomes super easy for your brain to start telling you that you’re doing something wrong and that you should be just as fast as them.

This way of thinking and comparing yourself to someone else is not going to help. People move at different paces. Just because your friend got the cut this year, that doesn’t have any relation to your chances of getting it. Just put your head down (but not too far down, because that could mess up your stroke) and keep working.

You Aren’t Going to PR Every Race

Success is hardly ever linear. This could mean that you have one meet where you add time, but the next weekend you drop time. It could also just mean that you have an off practice where you don’t make cycles that you’ve made in the past. However, in the more extreme cases, swimmers can often experience the deplorable “plateau.”  This term is used when a swimmer goes an extended period of time, whether it be an entire season or longer, and they’re either right on their best times, or they add time to their PRs. This could be in one event, or multiple.

Plateaus are not a fun time for swimmers. Speaking from personal experience, I know just how hard it can be to go meet after meet and not be able to shave off a few seconds. The frustration and disappointment can be overwhelming. Of course, swimming is fun for many reasons, and dropping time isn’t the most important thing in the sport. However, it is extremely nice to be able to perform well every once in a while. When experiencing a plateau, there’s no way to know when you will finally break into that positive slope once more. All you can really do is examine what you’re doing and make changes where you can.

Talk to coaches, and see what they think you could alter in your training. Consider meeting with a sports psychologist to discuss your mentality about swimming. Remember that you are not the first swimmer to go through this, and you’ll certainly not be the last; see if you know anyone that would be willing to talk to you about how they broke out of a plateau. The most important thing to keep in mind, at least in my opinion, is that times do not represent you as a person; what you do and how you react will define you as a swimmer more than the clock ever could.

So Does Hard Work Always Pay Off??

Hard work may not always pay off in the exact ways you want it to. However, I would say that it does always give you the knowledge that you did everything you could. You’ll never have to wonder what you could have done if only you had tried a little harder. You’ll have that satisfaction and confidence in yourself: you’ll know you can give something 100%. Often, how you achieve something is more important than what you achieve. Showing yourself that you have what it takes to dedicate yourself to a goal is a payoff that will follow you everywhere.