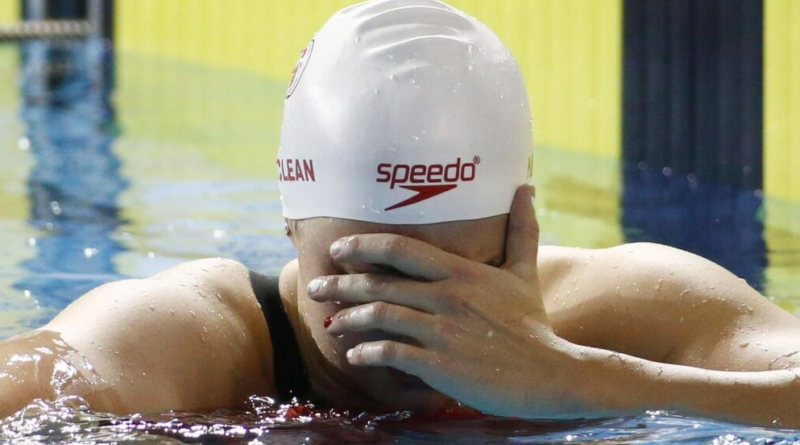 The 400 IM is a race I only had to swim once to decide it was not my calling. Now when I watch people race it, and love all 16 laps of it, I cannot relate, but I certainly can respect.

One such swimmer was shooting for his sectionals cut this past weekend. He missed it by four tenths of a second in prelims and came back on a mission in finals. His teammates crowded the end of his lane and his coaches kept close watch of his pace. Thinking he was out of range with a 50 to go, I watched him come back in the final lap, plowing through the pain toward the dangling carrot– that elusive cut. He touched and looked up only to see he was one tenth of a second shy of achieving the sectionals cut. Teammates, coaches, and parents mourned the missed cut with the hardworking, deserving swimmer.

It’s one of those moments everyone experiences in swimming. Those “why am I the unluckiest person in the pool?” moments. Extracting positives after coming in a fingernail short of a goal is an impossible task. All you want to do is hide your face in your hands and cry.

As a swimmer, teammate and coach I have felt the heartbreak of narrowly missing a dream– be it my own or someone else’s. I’ll never forget my own father thinking aloud, “What a cruel sport…” after I finished fifth in my event at Olympic Trials. Had I swum the 100 or 200 free, that finish would have placed me on the Olympic Team, but nay, I was a breaststroker.

So what do we do with these moments of cruelty that come with this sport which demands so much of us? Clarity does not come at the moment, but it comes in drops of life experience over days, months, years following your time in the sport. It comes in the way you handle a string of bad days at work or at home, in the way you’re able to empathize with someone else’s struggles, in the way you have perspective on what makes you and every person you love valuable. 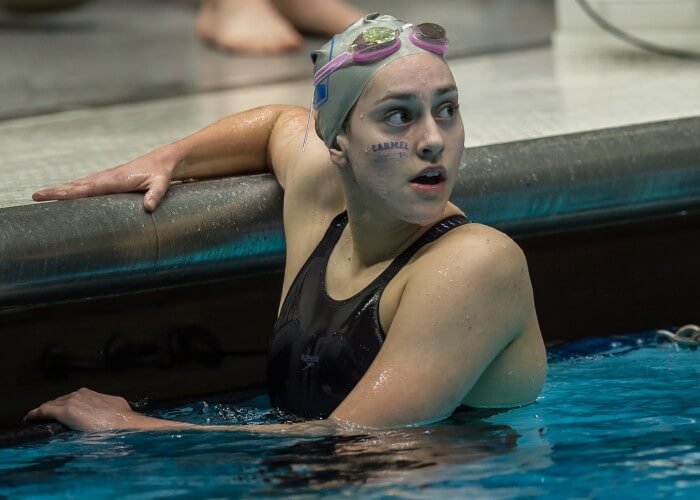 Like anything, we need practice how to react in less than ideal circumstances. The first bad race you have as a nine-year-old will most likely trigger some tears and perhaps a temper tantrum; maybe an irrational “I’m quitting!” remark. Then we learn that one bad swim doesn’t equate to a future of bad swims and things start to look up again. Then we see other people do no wrong and get lost in negativity as we play the comparison game. But they never have a bad swim! I must not be made for this sport. What’s the point? Then we learn everyone responds differently to training and everyone peaks at very different times. What’s pointless is comparing your 13-year-old female self to a 13-year-old male.

Then we set a lofty goal, achieve a best time, but do not live up to our starry-eyed expectation. We’re crushed, but Coach says there’s still next season. Mom and Dad say “We love you,” to remind you your swimming does not dictate your rationing of love.

Eventually, you observe so many angry or weepy reactions to swims, that you grow to respect those people who shake off the poor swims. How do they do it? They have perspective. They have learned two invaluable lessons. One: their performance does not define them. And two: their reaction can drag down or build up the environment– so they choose to control it. They have practiced reacting with perspective. 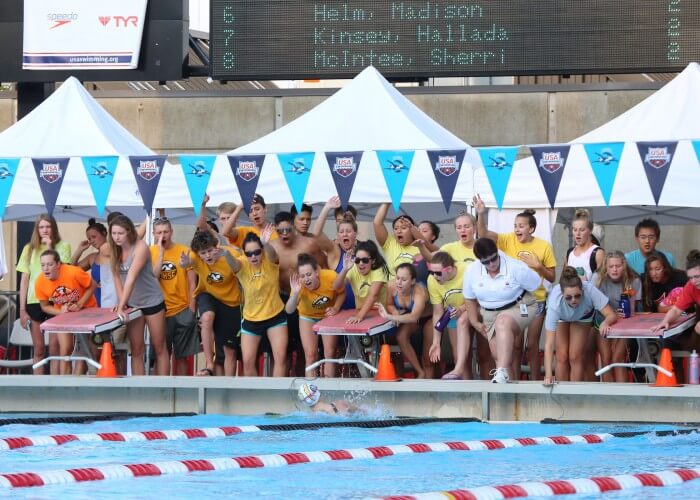 Of course we all wanted the aforementioned swimmer to get his cut in the 400 IM. But before seeing the result of his race, I was moved by seeing the result of his influence. I saw his teammates pouring their hearts and souls into cheering for him. Why? Because that’s the type of person he is. His swimming didn’t bring those teammates to swim that race emotionally with him; his person did. His teammates admire his work ethic, his genuine desire to see others succeed, and his innately positive outlook on life.

The swimmer may feel he let all of those people at the end of his lane down by not grabbing a cut, but a step back will show quite a different picture of how his teammates feel.

Swimming’s most devastating moments leave us feeling wounded. But as many well-reputed coaches have said, swimming affords us necessary opportunities to succeed, and more importantly, opportunities to fail. Learning how to handle these painful moments with grace and tenacity is what makes swimmers some of the most successful people in life beyond swimming.

As J.K. Rowling put it so eloquently in her Harvard commencement speech:

”It is impossible to live without failing at something, unless you live so cautiously that you might as well not have lived at all – in which case, you fail by default….

The knowledge that you have emerged wiser and stronger from setbacks means that you are, ever after, secure in your ability to survive. You will never truly know yourself, or the strength of your relationships, until both have been tested by adversity. Such knowledge is a true gift, for all that it is painfully won, and it has been worth more than any qualification I ever earned.”