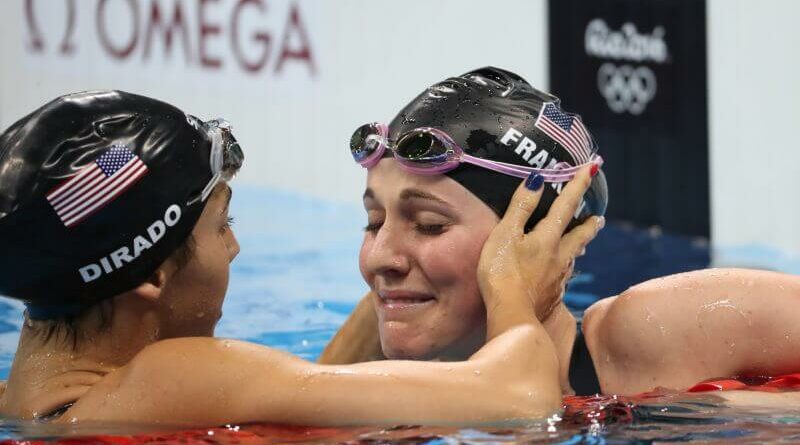 Swimmer. It’s a word that encompasses a brutality known only by those to whom it pertains.

There is no sport more excruciating than swimming. While other athletes make similar claims, we know one day in our lives would silence them forever. When an outsider asks if we are swimmers, we nod politely, knowing that they do not and will not ever comprehend the true meaning of the word. 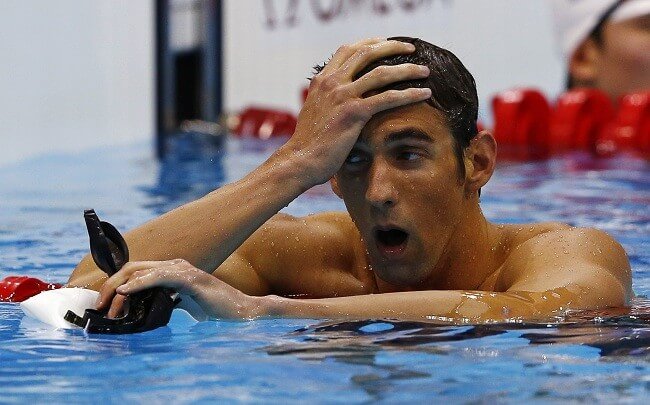 You are defined by the bad days.

You know, those seemingly life-threatening days when you feel as if taking another stroke could cause it to be your last.

The days when you can’t seem to wake up, even with your body being thrust into a freezing pool at 5 a.m.

The weeks where you give 1000 percent at every practice, but you just can’t seem to break through the wall.

The days where every breath is a gasp, every stroke is a struggle, and every lap is a challenge.

It’s the day when you’re simultaneously combatting a suit hickey, a goggle tan, your complete lack of visible eyebrows, your flaking reptilian skin, and fin blisters.

It’s the day when you wake up and feel as if you literally have been run over by a truck. “Forget practice,” you think. “How am I even supposed to crawl to my car?”

It’s the day when you cunningly try to guess the worst-case scenario of a set your coach can conjure up, only to be proved wrong by an even more debilitating set than the one you imagined.

It’s the day someone asks, yet again, what those “weird little hairs” are at the base of your skull where your cap has been tearing away a layer of your locks for years.

It’s the day when you get lapped. And it’s long course.

It’s the day when you get pummeled by an oncoming butterflyer.

It’s the day when you see the white board rolled out on the deck because your coach knows the set is too long to remember.

It’s the day when you finally put on real clothes and brave the real world only to realize your perfume mixes with the smell of chlorine radiating from your skin in such a way as to permanently scare off any and all potential suitors.

It’s the day you false start in the mile and the official doesn’t inform you until after your 66th lap.

It’s the day when you question your sanity and think of all the other sports you could have picked that toss balls around, or hit balls, or kick them, or do nice flips, or get style points, instead of swimming hundreds of grueling laps every day, staring at a black line.

It’s the day when you daydream about all the other people you could hang out with, organizations you could be involved with, and talents you could develop with the 30 hours a week you spend absorbing chlorine through your gills.

It’s the day when you genuinely consider quitting the sport.

It’s the months where you have injury after injury, and you just can’t seem to catch a break.

It’s the day when you’re having issues at home, you’re struggling with your grades, you just broke up with your boyfriend or girlfriend, you come to the pool for an escape, and on top of it all, you have an awful practice.

It’s that sinking feeling in the pit of your stomach when you see you lost by a hundredth.

It’s the months where you can’t seem to break the mental block you have against that certain race.

It’s the day when you finally get to taper, miss your qualifying cut by a tenth, and have to train six more months until your next shot at the goal.

It’s the day when you feel like everything you worked for was pointless.

It’s the day you yield to what your mind has been telling you all along, believing lies people have told you about who you are as a person or swimmer.

It’s the day when you can’t fight anymore.

And then, from somewhere in the recesses of your mind, a little glimmer shines forth. There’s a little part of you that refuses to be subdued – the part that knows it isn’t over, that knows why you do everything that you do. It fights its way to consciousness, vanquishing lies and emotions and burning circumstance as the fuel to persevere.

And then you overcome. You don’t quit, you fight back, you push through and you accomplish the impossible. You reach your goal, touch the wall first, and a shout of triumph bursts forth as your fist flies into the air. And you remember why you fought through all of those bad days in the first place. You endured for the good days, few and far between, that are only reached by persisting through the bad days. 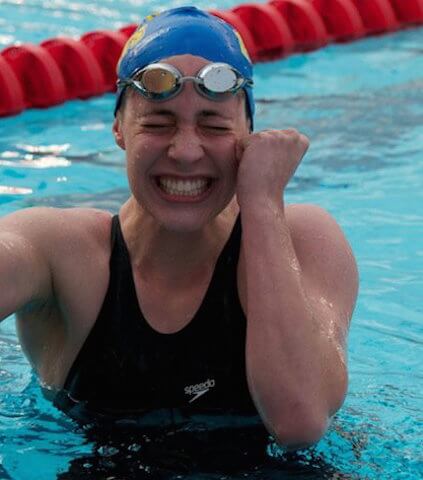 Everybody has bad days, but success is determined by what one does with those bad days. Successful swimmers are those who push through the bad days, who keep fighting when everything in them tells them to give up, and who keep believing, even when all hope seems lost.

You never know when your bad day could turn out to be your best day.