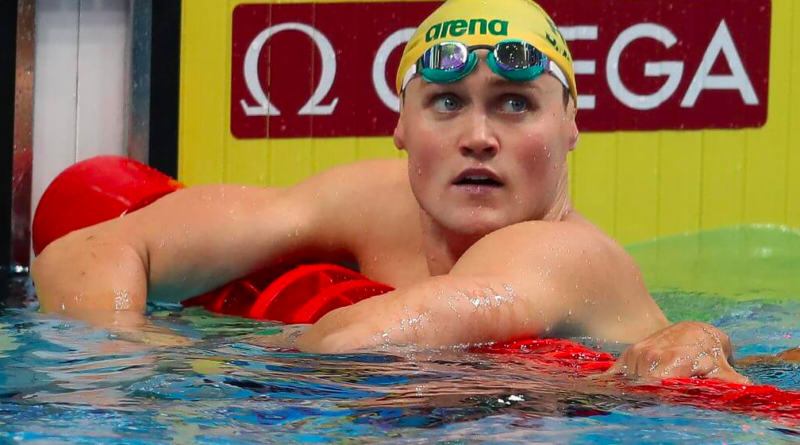 This is the first article in a two-part series on supporting athletes after disappointing performances. The first installment takes a macro look as seen through the eyes of Ben Keast, now coach at SwimMAC and former assistant coach at Swimming Canada’s High Performance Centre in Vancouver.

Over the last two Olympic cycles, Ben Keast has reworked his coaching philosophy from dealing with failure to an emphasis on growth and perpetual improvement.

“Disappointment is a ‘when,’ not an ‘if’ phenomenon,” he says, “a failure to meet expectations, one that ideally coach and athlete can embrace together. Combating lasting disappointment can help mitigate any spiral into depression or departure from the sport, which often occurs from misaligned expectation, breakdown of communication and long-neglected mental skill development.”

“How coaches support their athletes after disappointing performances gets to the core of what coaching is about: relationships, goal setting, implementing plans and adapting—complex factors that are interconnected and evolving. 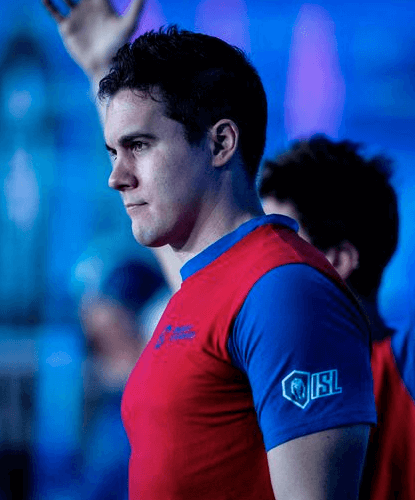 “It is part of life and understandably frustrating when months or years of preparation don’t deliver the intended result. However, in competitive sport, as in life, how we manage expectations and the factors under our control, including our reaction to events, determines our short- and long-term satisfaction and success. The coach-athlete duo who learns to navigate disappointment—acknowledging it, learning from it and moving past it—possesses an incredible advantage,” says Keast.

“Lasting disappointment is something different and dangerous, and emerges from an aggregate of previous unaddressed or mismanaged passing disappointment untethered to goals. It can be expectations not matching preparation, or coaches, parents and athletes not clear or honest or realistic. Personal tragedies and mental health may play a role. However, how athletes move on from disappointment—or not—depends in large part on how they’ve been coached.

ROLE OF THE COACH

“A poor performance need not define a swimmer. The key is transforming that result into fuel for future improvement. Younger athletes are still developing their voices and carrying secret expectations. This is where a coach can educate their charges in setting and monitoring appropriate goals. Doing so keeps everyone—athletes, parents and coaches—on the same page. Done early in swimmer development can lessen future disappointment by keeping the swimmer committed to the process, but not attached to the outcome.

“There are several ways an age group coach can create controlled situations to teach getting past disappointment,” he says, “by:

• Presenting unrealistic practice sets and debriefing the athletes on their reactions afterward (what was ideal versus suboptimal);
• Demanding conformity to a new and randomized schedule;
• Entering them into competitions above their level, events for which they aren’t prepared—or creating additional taper opportunities to test big-meet strategies and low-consequence times of the season.

“These aren’t accidental blunders, but calculated moves, communicated to parents, and coached strategically with long-term swimmer development in mind.

“For college athletes, early developed skills may be insufficient and require a restructuring to address new struggles. College students and national team athletes have greater obligations and more pressures than age groupers—i.e., the need to retain funding or scholarships. Willpower and discipline can be more fragile and falter quickly in the face of stress, fatigue and low energy—the permanent state of most college-age athletes. Emotions, tied closely to sleep, nutrition and social interactions, can fluctuate wildly. Coaches would do well to build routines and habits that keep their athletes on track when disappointment strikes.

“At the international level, in major competition and professional racing, it is uncanny how the best of the best are separated by their capacity to manage disappointment. The best swimmers in the world experience tough swims, too. At the ISL (as a team coach with Energy Standard), I witnessed an Olympic champion lose a marquee race only to go straight to the warm-down pool for recovery protocol and proceed to dominate the remaining races. Coaches Tom Rushton and James Gibson knew the athlete, the specific protocols and prepared accordingly. The early development of skills for managing disappointment and consistency in rehearsing those skills and practices clearly pays dividends.

“Ben Titley, newly appointed head coach at the Sant Cugat National Training Centre in Spain, espouses ‘success by design.’ Titley takes controllables to a new level—understanding and anticipating how an athlete will react to any given situation. He has developed permutations for potential scenarios for each athlete. Regardless of competitor age, the strategies for supporting disappointed athletes are similar and build upon one another,” notes Keast.

WHEN IT GOES AWRY

“When things go south, it becomes the coaches’ job to help the athlete out of a jam—a process that is part art and part skill. For some, time away can be helpful to reset expectations, especially for older athletes. However, this tactic has a downside. In most cases, the disappointing result was because of poor preparation, so getting the athlete back to training—not breaking it up—is a surer way forward.

“Following competitions, the 24-hour rule is a standard used by master coaches to absorb, process and move on. A week may be suitable if the athlete is college-level and inexperienced in disappointment at that stage.

“Regardless, establishing a definitive timeline for returning is critical because absence does not really address the issue. Rather, it often heralds a long, slow athletic decline unless properly supervised and carefully planned out. Suffice it to say, empathy and flexibility in return to training is a given. More or less training than the group is up to the coach. Showing compassion for the athlete’s situation demonstrates interest in their well being and future success.

“Is a realignment of expectations in order? It’s one thing when performances come up short based upon preparation and goals. But who was more disappointed: swimmer or coach? It may be the coach’s expectation requires recalibration, not the athlete’s. Failure is not fatal—but getting on the same page and frequent checks with one another can help assuage future disappointments.

“Like it or not, athletes gauge a coach’s reaction to their performance and take it personally. How coaches make their athletes feel is critical. Canada’s legendary high performance coach, Tom Johnson, once said athletes might not remember what you said, but they will remember how you made them feel.

“Coach reaction helps shape athlete perception of a given moment forever. In times of dismay, a coach would do well to value athletes as people beyond the performance and make them feel important, regardless of the result.

“And always—honesty is the best policy. Ill-prepared athletes bolstered by false encouragement sent off to race are headed for an unhappy ending. Blind praise is empty of reassurance—and the athlete knows that at some level. Better to lay out the situation and provide firm guidance for the path forward. To do otherwise risks the integrity of their athlete-coach relationship.

“The truth is that in coaching, every interaction with an athlete is a teachable moment. Coaching to a group is part of the job, but equally important are those one-on-one moments when a coach guides his athlete through disappointment.

“When done correctly—and with compassion—the coach makes a powerful investment in helping the athlete to manage himself while strengthening the coach-athlete relationship,” says Keast.

Part 2: Swimming World will take a micro view of how some of the country’s most respected age group and college coaches handle swimmer disappointment.

Michael J. Stott is an ASCA Level 5 coach, golf and swimming writer. His critically acclaimed coming-of-age golf novel, “Too Much Loft,” is in its second printing, and is available from store.Bookbaby.com, Amazon, B&N and book distributors worldwide.