The Nev Smith Swim Squad is a year round competitive swim team offering high quality professional coaching and technique instruction for all ages and abilities. The goal of our team is to provide every member an opportunity to improve swimming skills and achieve success at his or her level of ability, from novice to international competitor.

Head Coach of Nev Smith Swim Squad, Neville Smith is a highly respected and motivated, experienced professional sports administrator and swim coach. He is focused on the value of self motivation and attention to detail as a key to success in the pool, in the classroom, in life and has been involved in swimming as a parent, administrator and coach for 36 years.

The Nev Smith Swim Squad caters for a wide range of swimmers and consists of three separate training groups. These are the Nipper Squad (ages 6 – 9 years old), the Junior Squad (ages 10 – 13 years old) and the Senior / Masters Squad (ages 14 and older).

The Nev Smith Swim Squad is a “satellite squad” of Tuks Swimming, South Africa’s leading swimming club, since 2013. The Nev Smith Swim Squad has been based at Afrikaans Meisies Hoer Skool in the leafy suburb of Clydesdale in Pretoria since 2016. The squad utilizes the new 8 lane, 25m pool, situated in the shadow of the iconic Loftus Versveld Stadium, that was commissioned in 2017.

The squad also has access to the 12 lane 50m facility at the LC de Villiers Sports Campus of the University of Pretoria in Hatfield Pretoria. 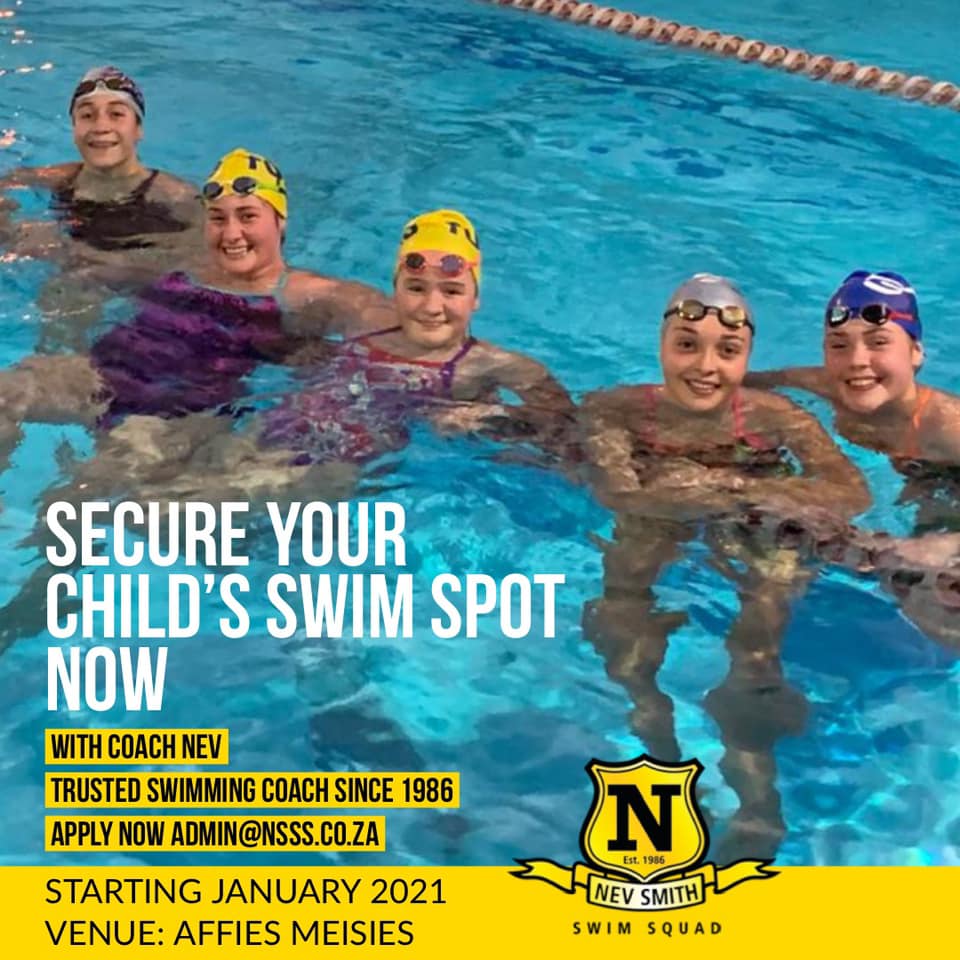 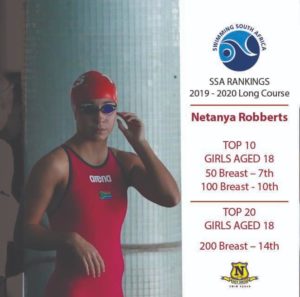 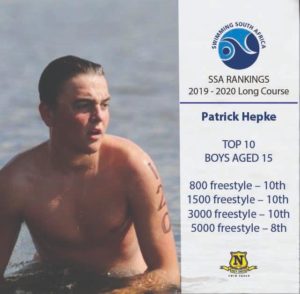 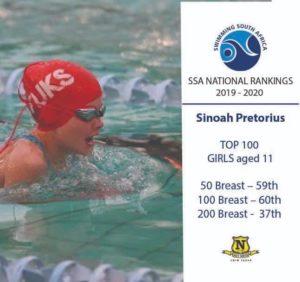 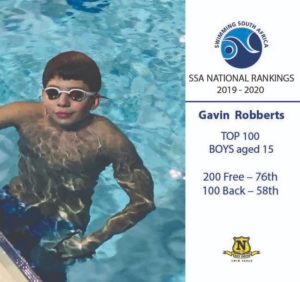 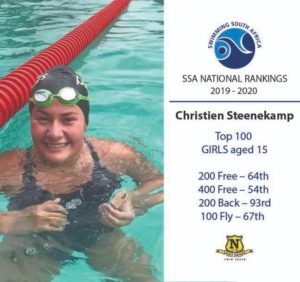